Thinking about trying something next year, where I try to write a post every week. It doesn’t have to be about anything in particular, mostly just to get some words out. I don’t think I want anyone to be fed updates, and I don’t want to keep anyone from seeing it either. I think I would frame the content within those constraints. Which might mean it might get a little bit personal, and maybe not too personal.

You wouldn’t know this unless I said it, but I just went back in that last paragraph and replaced all the buts with ands.

We were on a walk to Cat Park today and we met one of the people who maintains one of the feral cat colonies. His name is John and he said he’s been taking care of these cats for 15 years (and sounded like he’s lived in the area for much longer) AND he’s written a book about it AND he’s named one of the cats Tuxedo, which is the same name we gave that same cat — “How beautiful is that?” was his comment and I couldn’t agree more. So yeah I definitely bought that book.

Here’s a drawing that I made while thinking about what next year will be like: 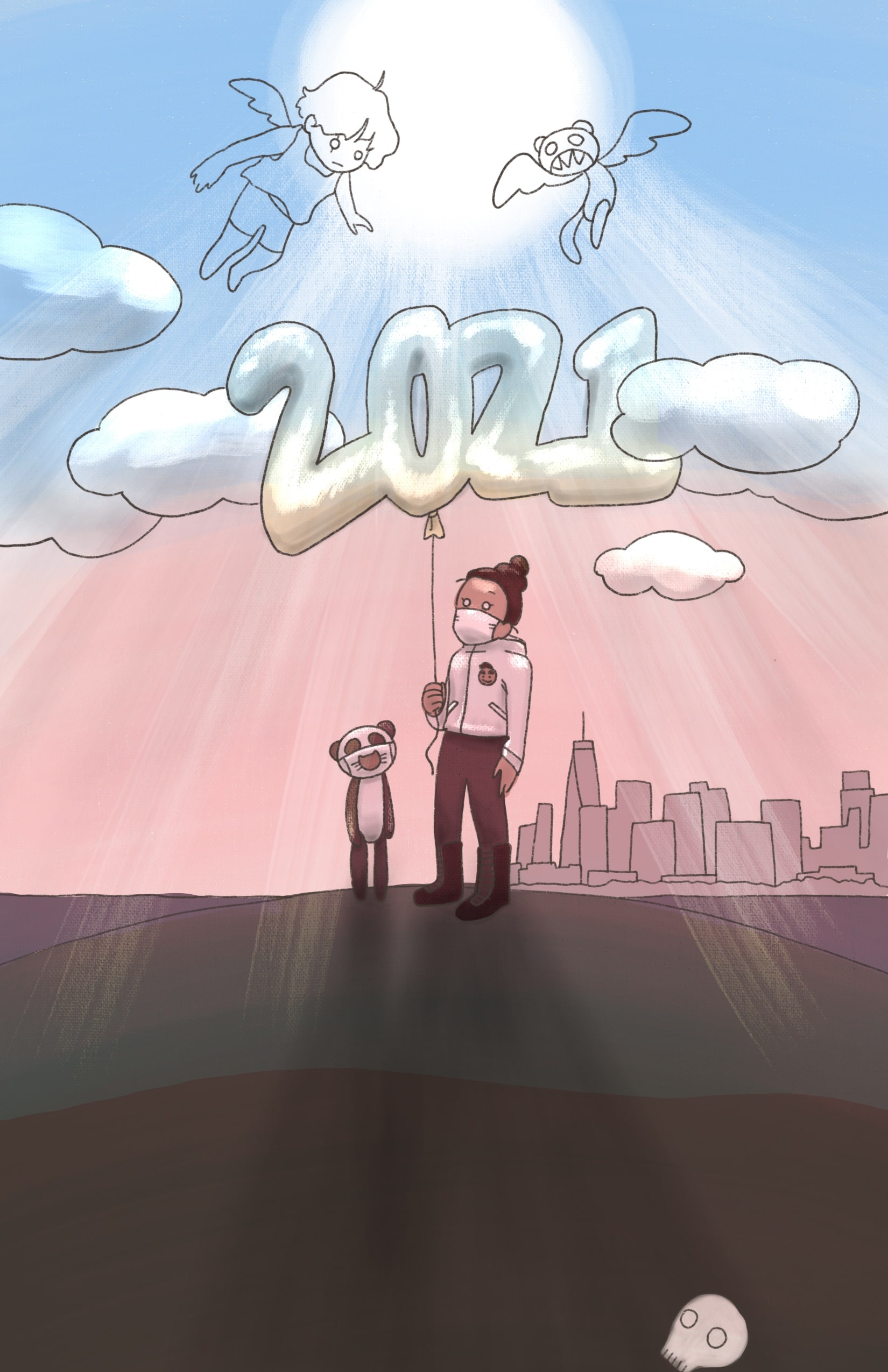 It was so easy to make this post, I feel like I can’t not do this thing next year. Hopefully writing it out into the world, even if no one really sees it, will keep me going.