Kevin and I got back from a wedding + vacation in Austin a few days ago, and one of the biggest highlights of the trip for me was renting bikes. While we were there, we heard several recommendations to check out the murals around town, so on our last day, we charted out a map and hit them up. 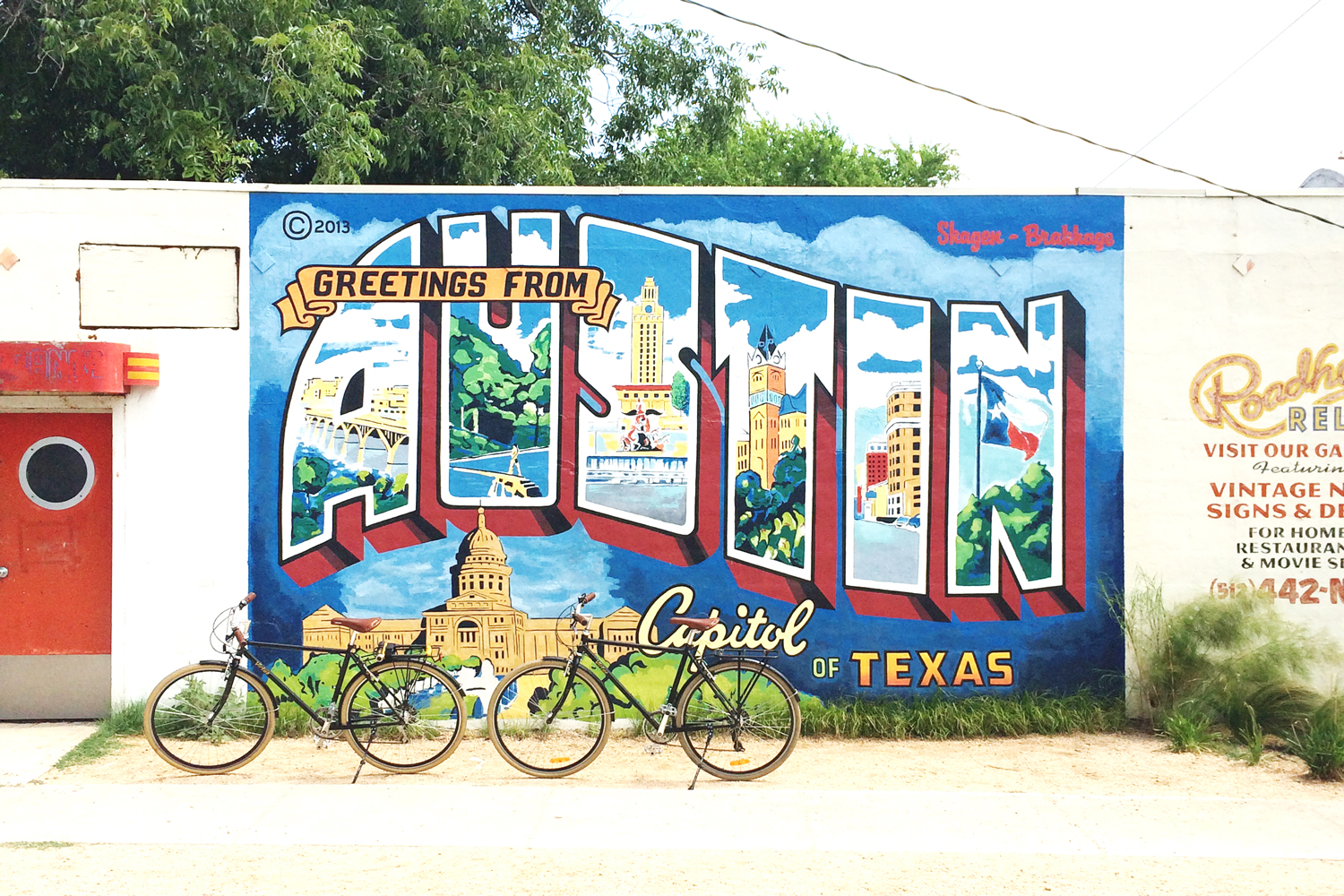 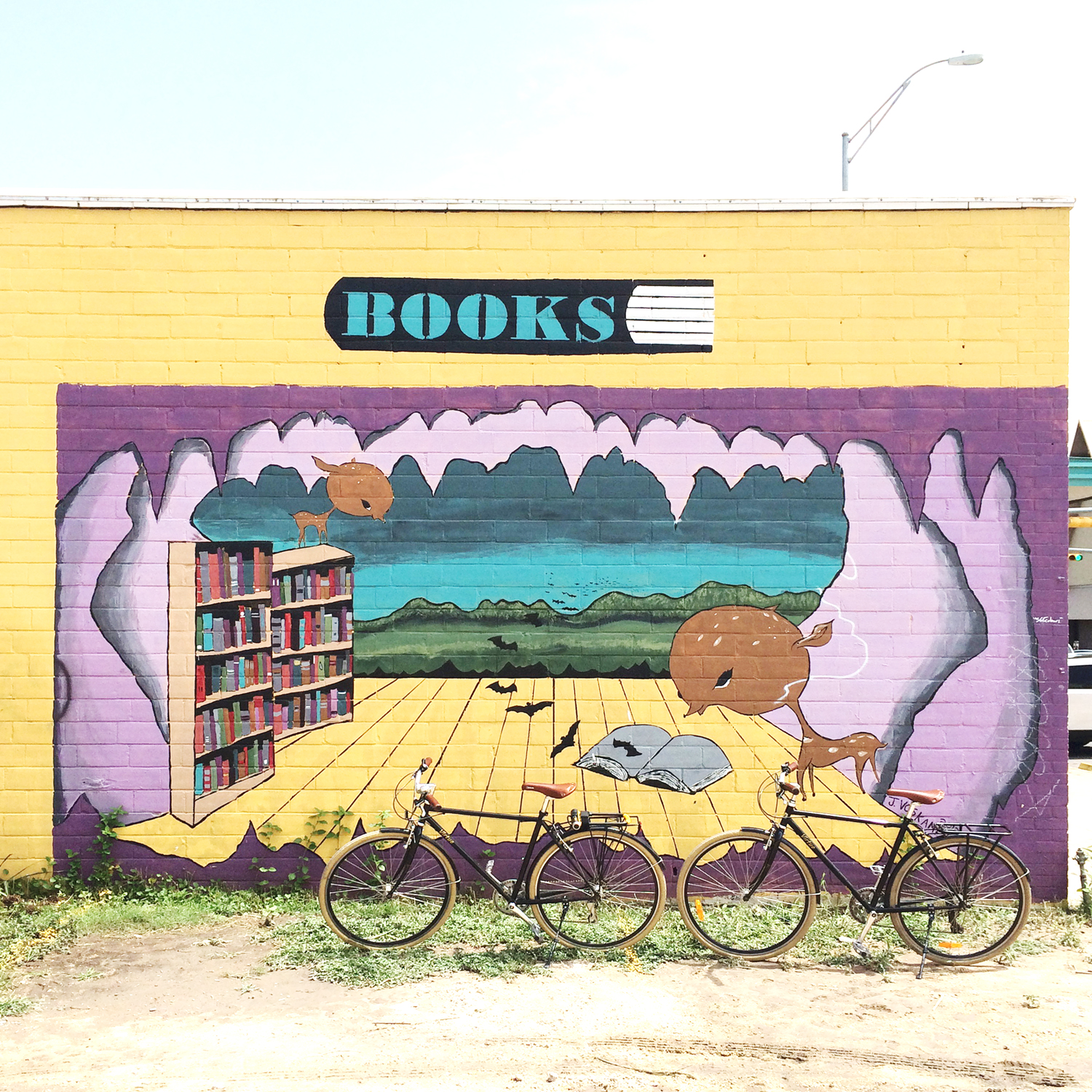 This wasn’t on our initial list of walls to check out, but we couldn’t NOT stop as we were riding by. This wall was outside a bookstore; I like to think that it symbolizes knowledge profilerating inside an innocent mind. 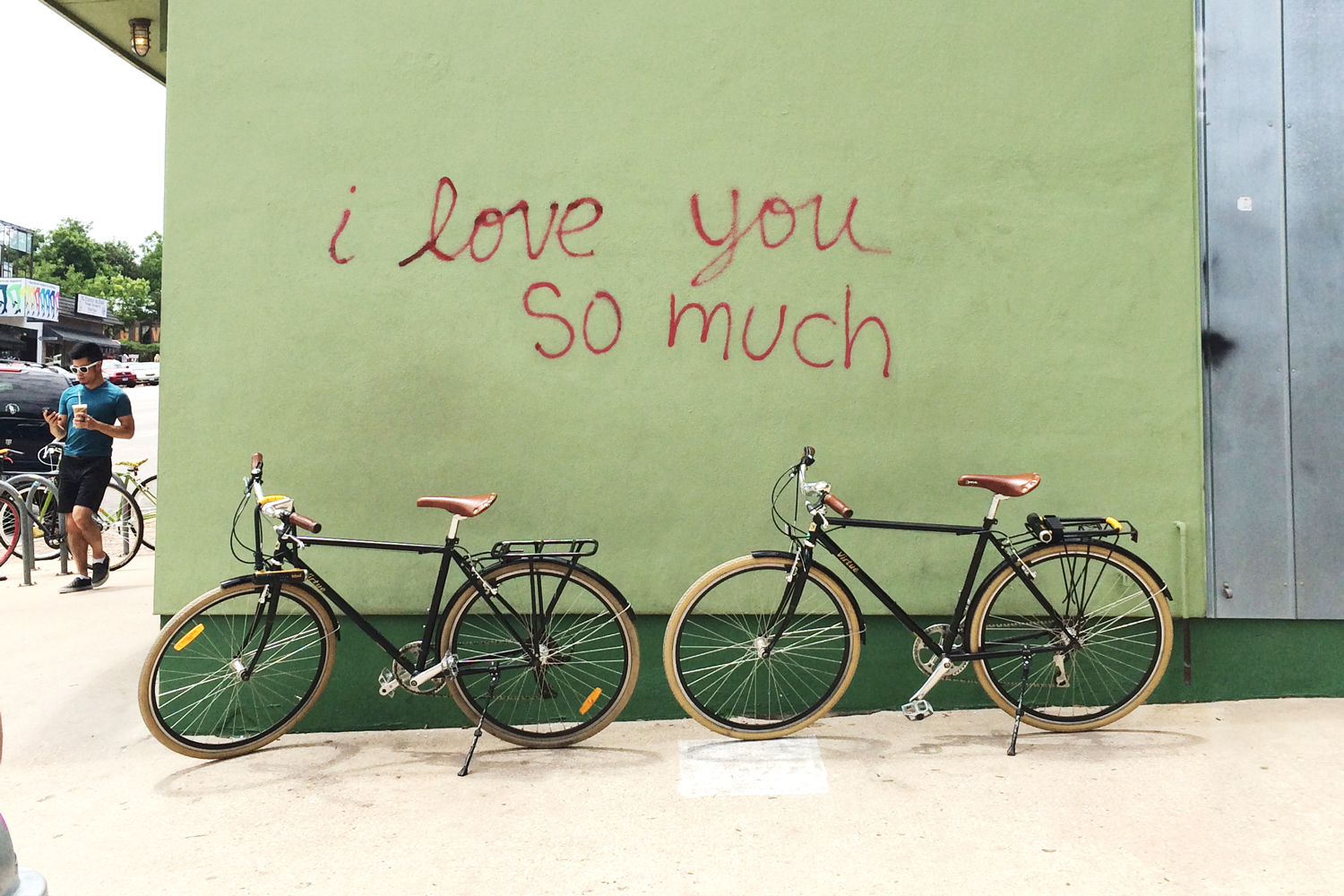 I thought this one looked rather … boring? I mean, it just looks like someone spraycanned this. But apparently (of course) it has a cheesy love backstory, and there was actually a line to take photos in front of it. 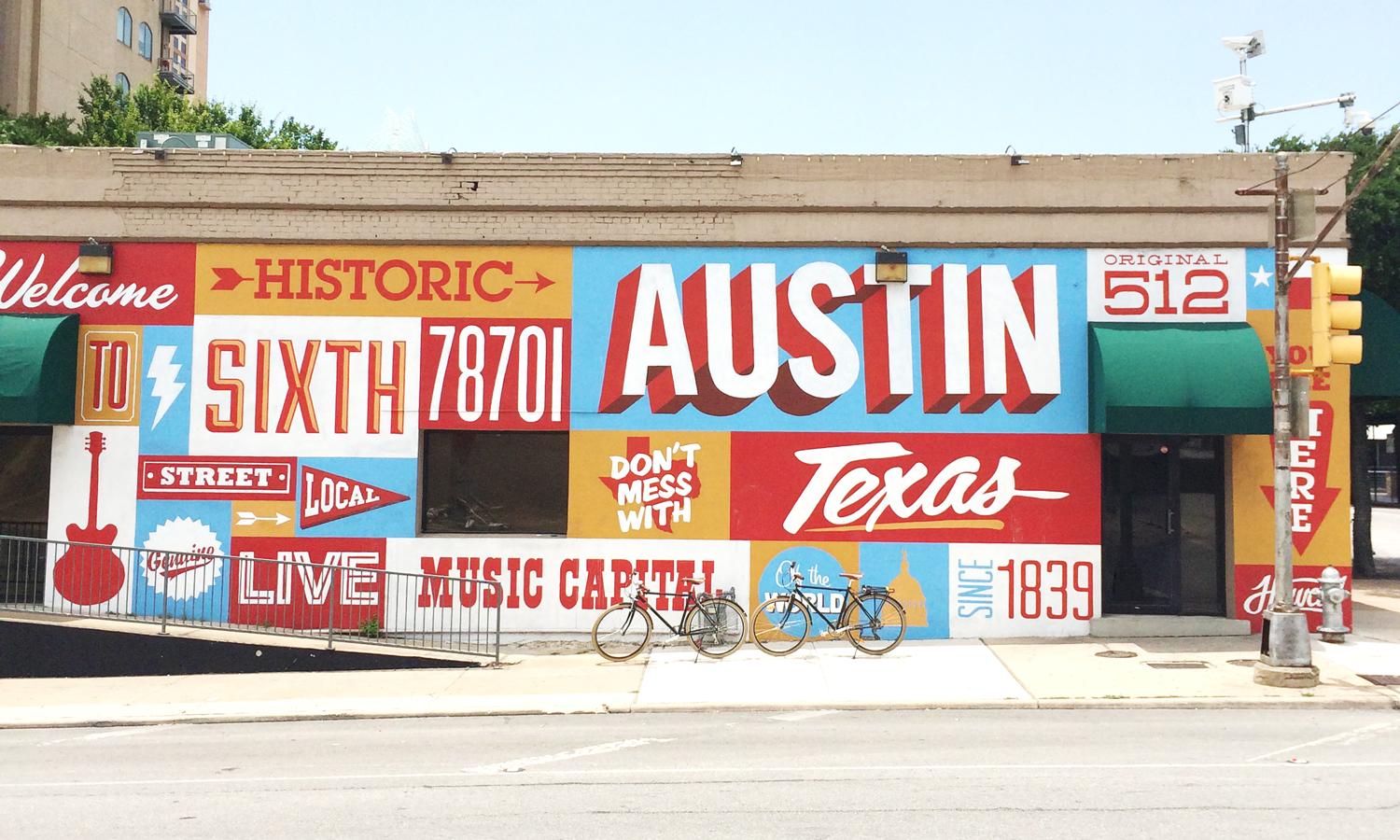 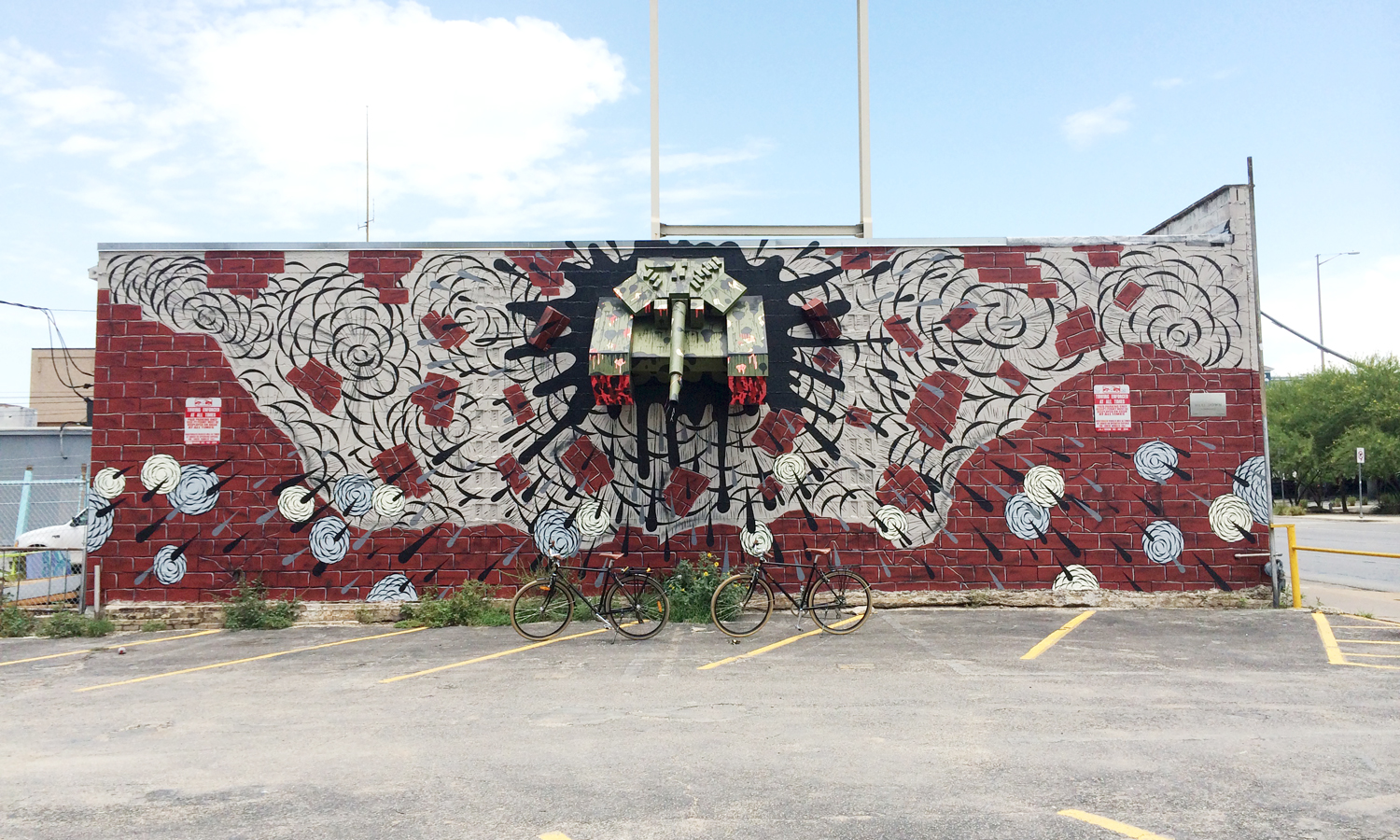 These two guys were across the street from each other. The Historic 6th Street mural was listed on all of the mural-related blog posts I’d found, but I didn’t see much on the internet about the other, the one with a tank literally sticking out of it. Once we got there though, obviously it was a little hard to miss. According to the internet, it was created recently, for this year’s SXSW. 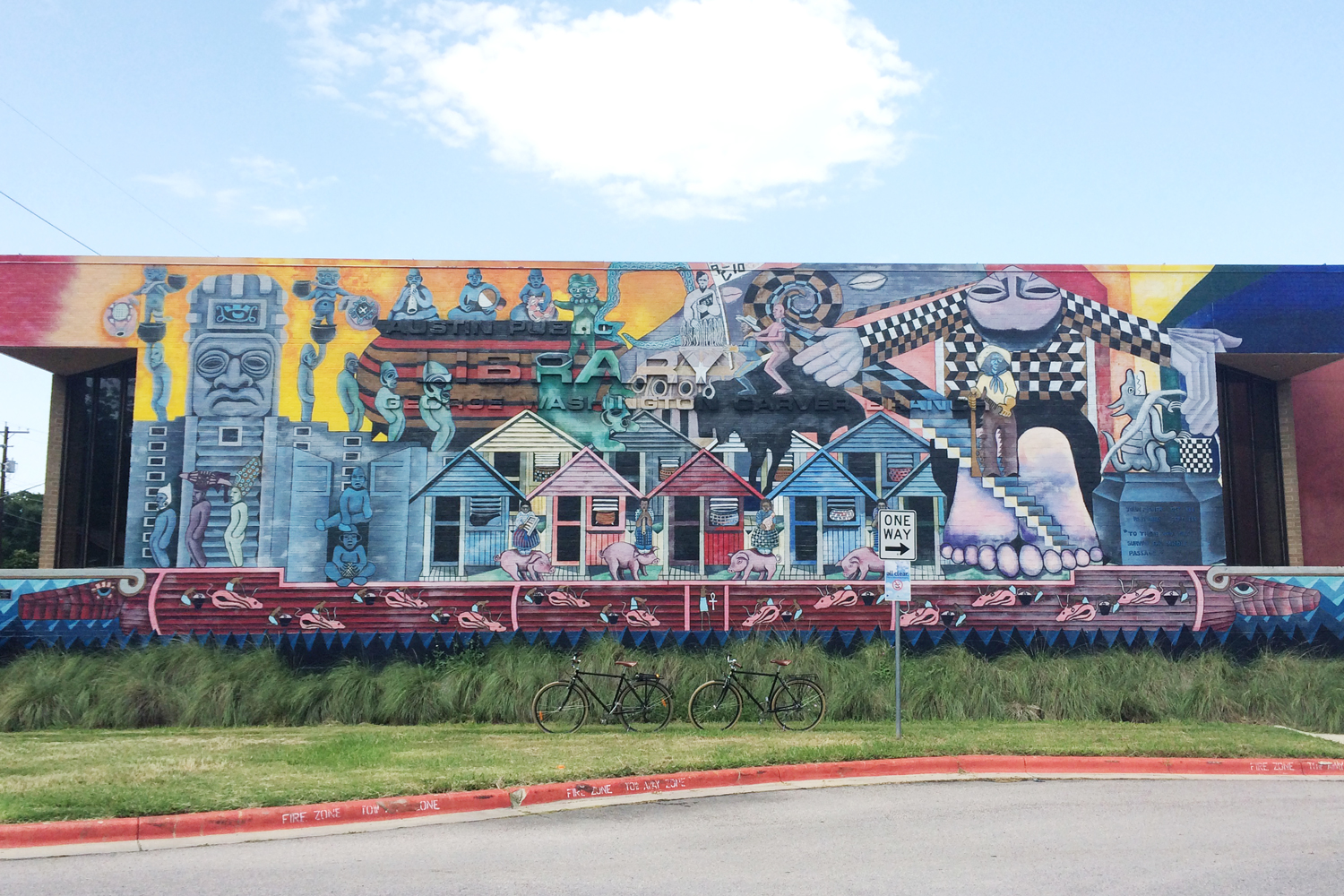 We had seen this one walking around near our first Airbnb, and biked by it again en route to our next mural stop! 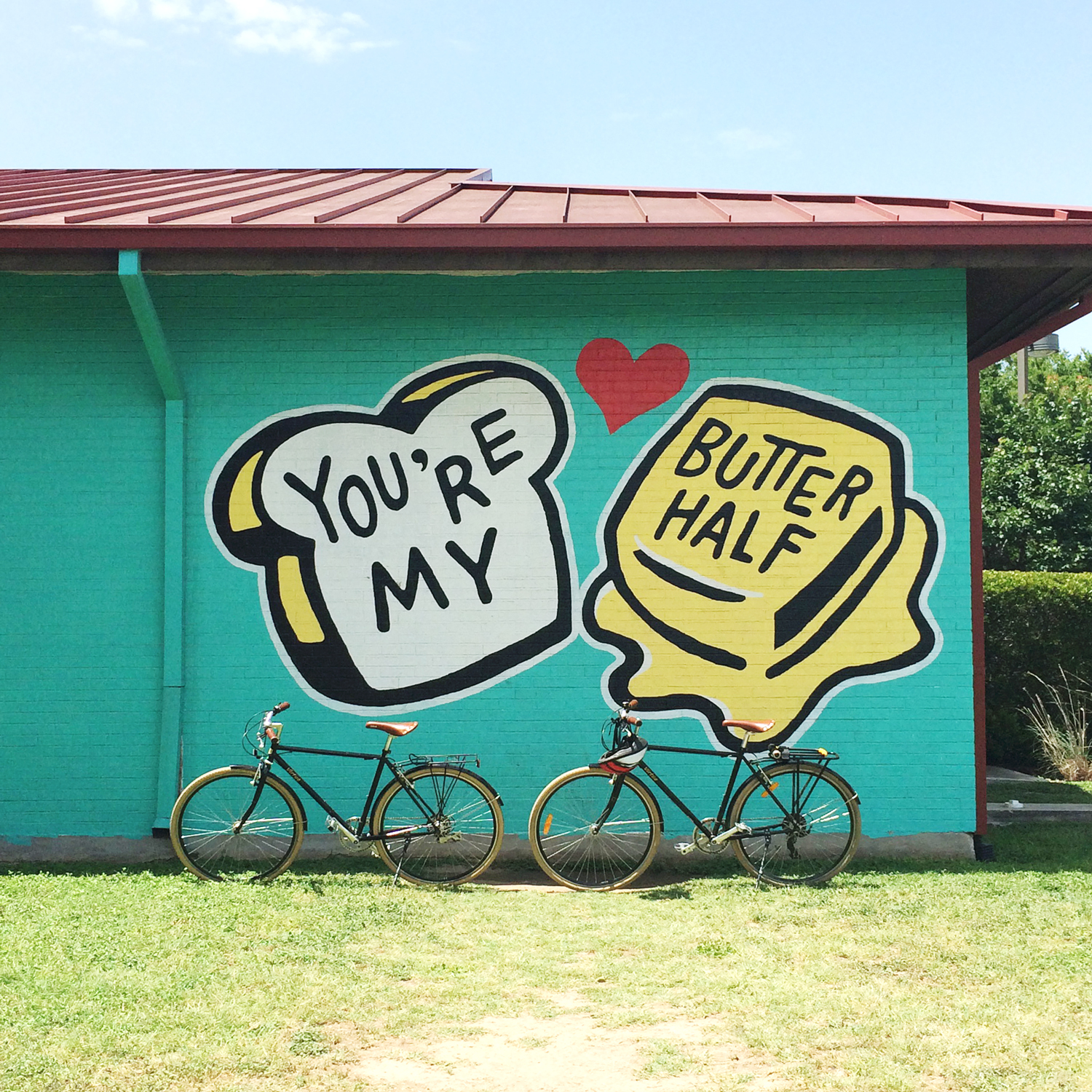 One of my favorites! Tattly did a custom of this design for United Way of Greater Austin (they were the ones who commissioned Creative Suitcase and its senior designer to paint it in the first place. Here’s an interview about it). 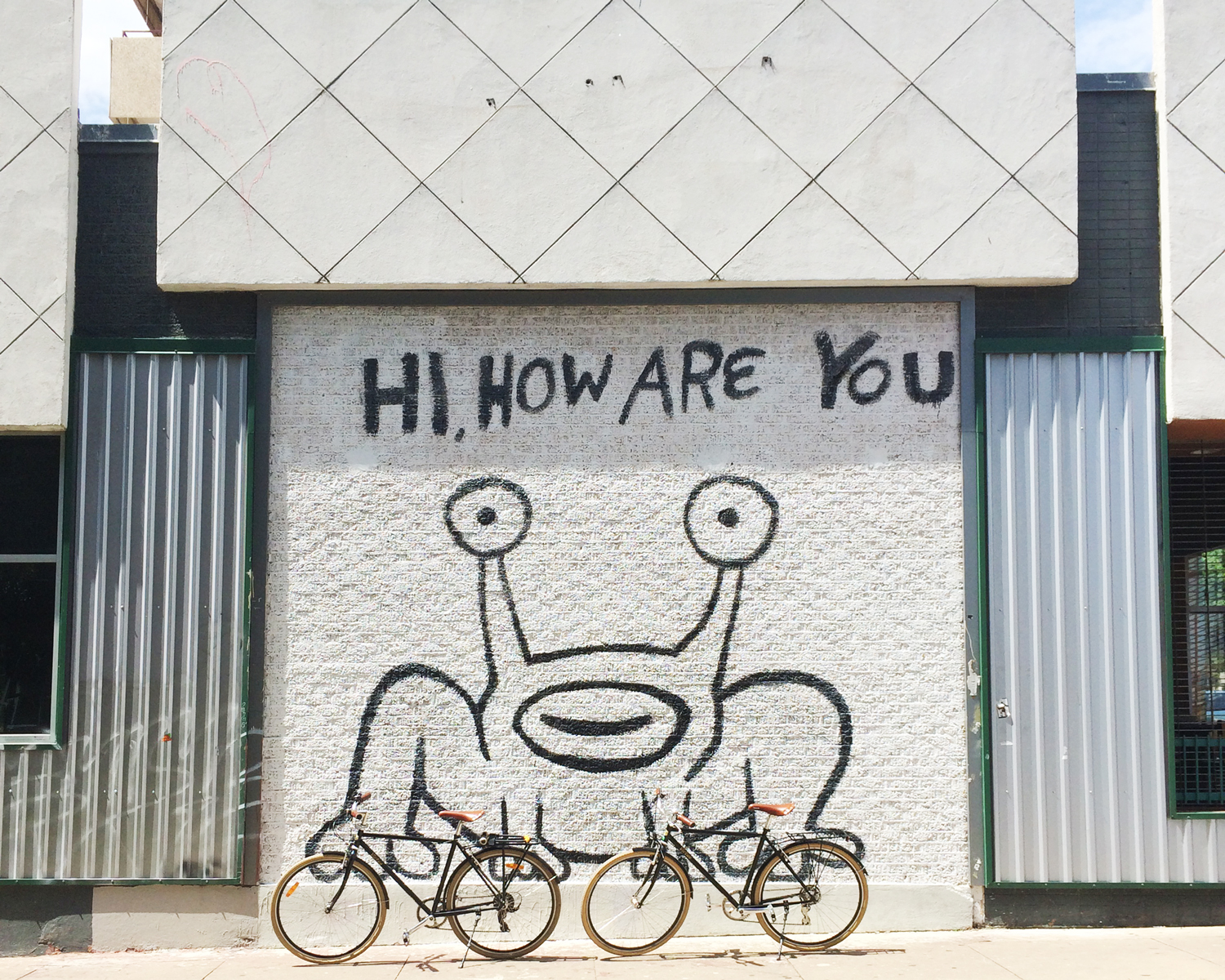 Another one of those works that are appear innocuous but are actually real-world-viral. Hilariously, the Catholic church across the street has put up a banner with another alien-like creature saying “Doin just fine, want to join us for mass?” Here’s an internet bit I found about that. 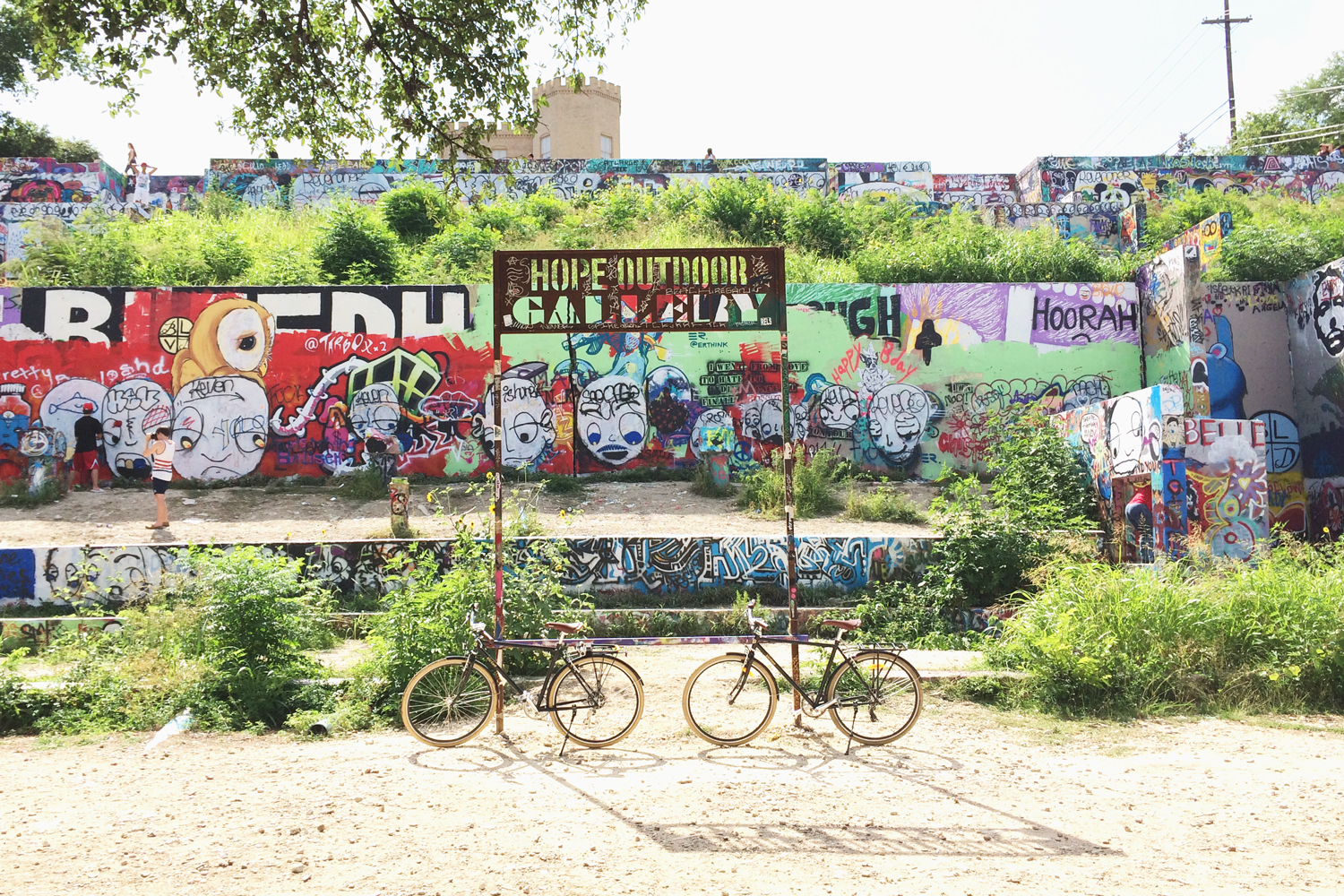 If we saw some seemingly-unremarkable-but-actually-famous murals out there, this was probably the exact opposite of that. Hope Outdoor Gallery is a tiered lot-type area where anyone could come in and graffiti whatever they wanted.

There were nooby artists tagging the walls, and the grounds were littered with spray cans. Kinda funny when you compare it to something like the late 5Pointz, where you just don’t randomly spray over someone else’s work. 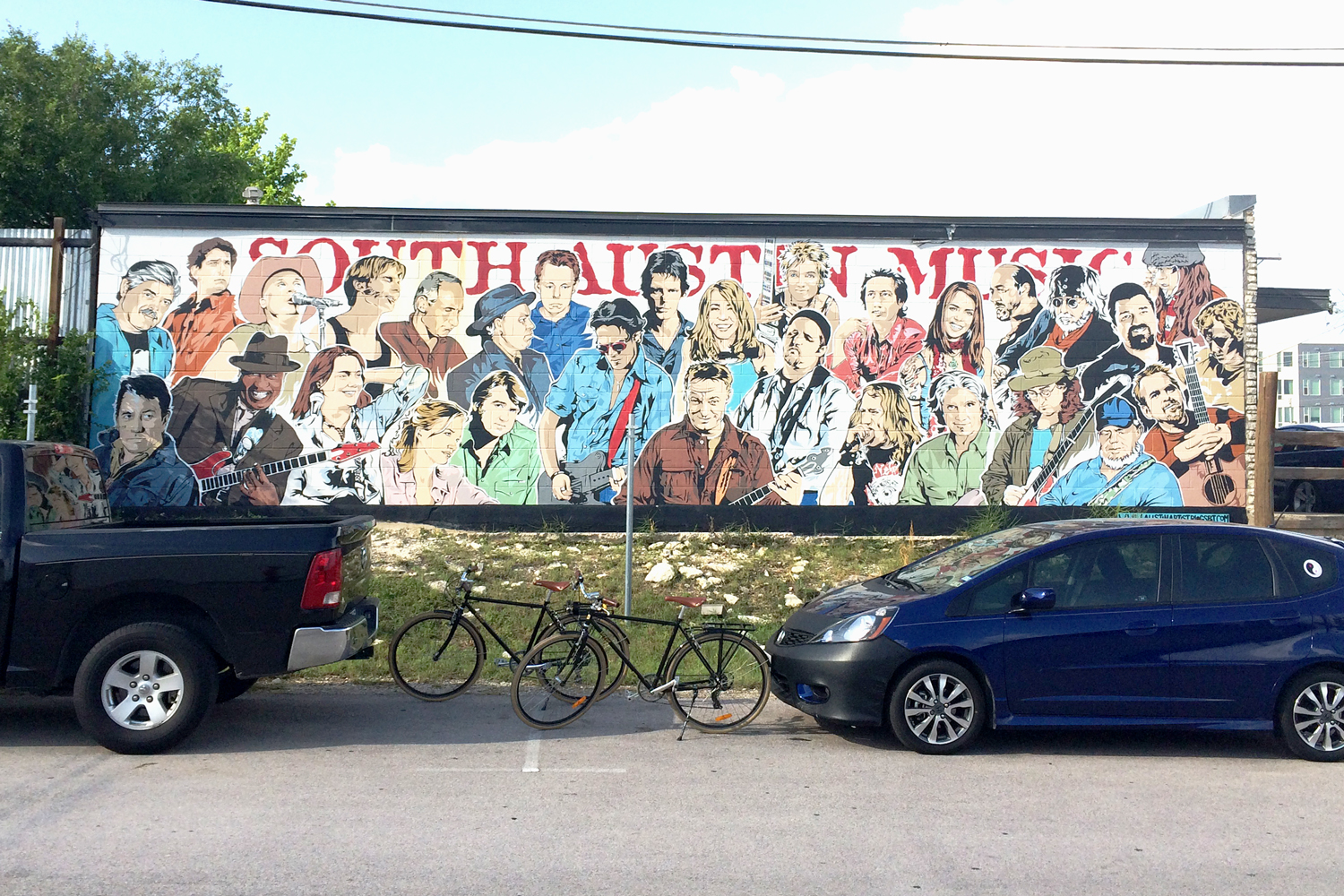 We were tired by this point, and I didn’t immediately recognize anyone on this wall. But that concluded our bike trip! Here’s a map of how it all went down:

All of the murals together make a pretty convenient loop for biking. We started at the bottom of the map and took a detour through the UT-Austin campus at the top, but you can really start anywhere. Plus, I bet that there are a bunch of lesser-known works out there that you might be able to catch by veering away from the path a bit.

Also, if you are interested in renting a bike in Austin, Kevin and I highly recommend giving Keith from Austin Bike Tours and Rentals a call. He was SUPER nice, gave us stellar biking tips and restaurant recommendations, and as you can see, lent us some legit-looking bikes.